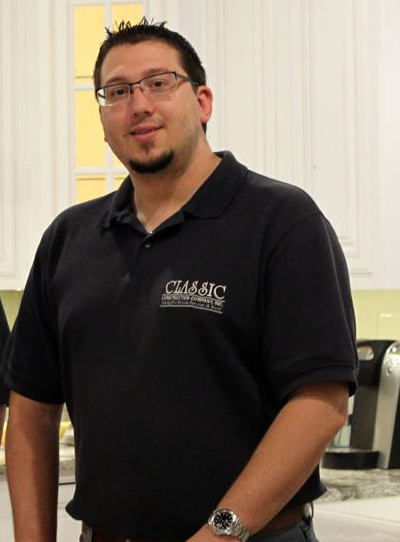 Chase Ward is the Vice President of Classic Construction. He has been married to his wife, Corie, since 2014 and has two amazing children named Mason and Olivia.

Although he has only been with the company since 2011, he is determined to carry on the legacy that his father, Gary created back in 1983. Some of the biggest accomplishments of his career consist of opening the kitchen and bath division, as well as, opening a second location in Ashland, KY. He hopes to further the expansion of Classic with a third location coming soon. He has gained so much knowledge and appreciation for the construction industry over the last decade of his career. He looks forward to serving the Tri-State area for another 40 years! 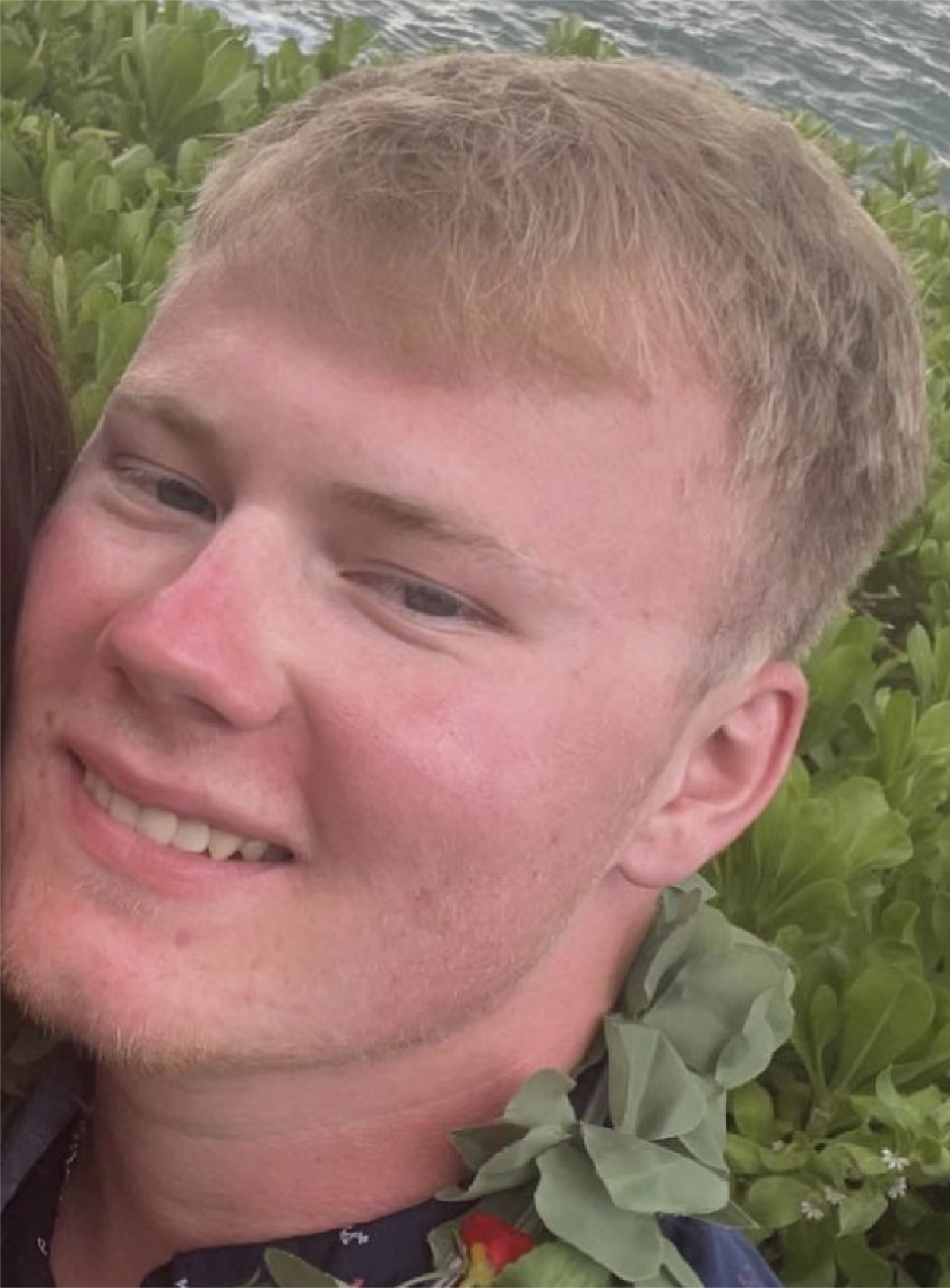 Brody has been in the industry for 2+ years.

He enjoys sports, going to the beach and spending time with his fiancé. 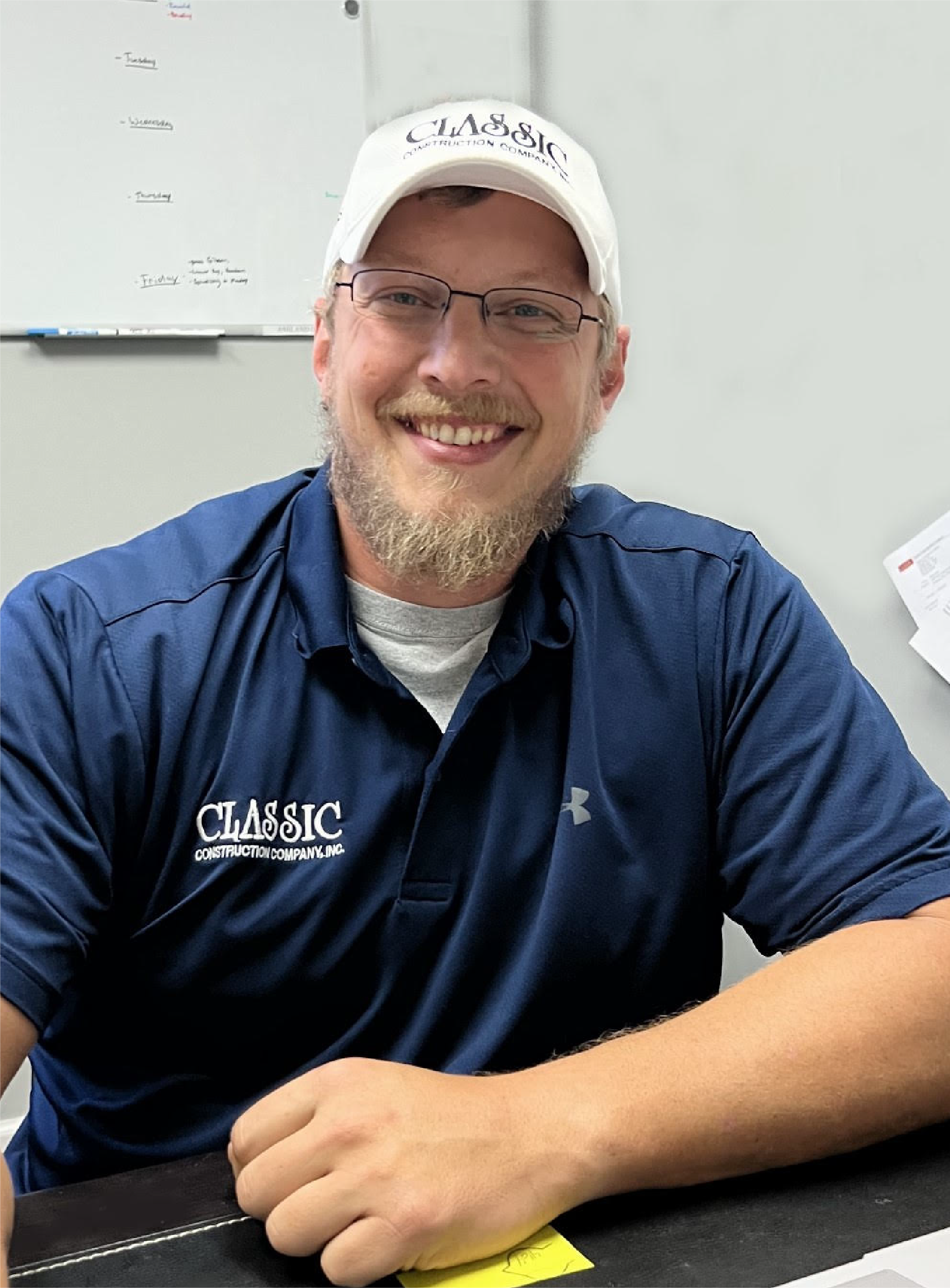 Chris has been in the business 18 years, helping customers with their job process from beginning to end. He started out as a technician and climbed his way to estimator with experiences and strengths in water mitigation, mold protocols, fire damages, and repairs. 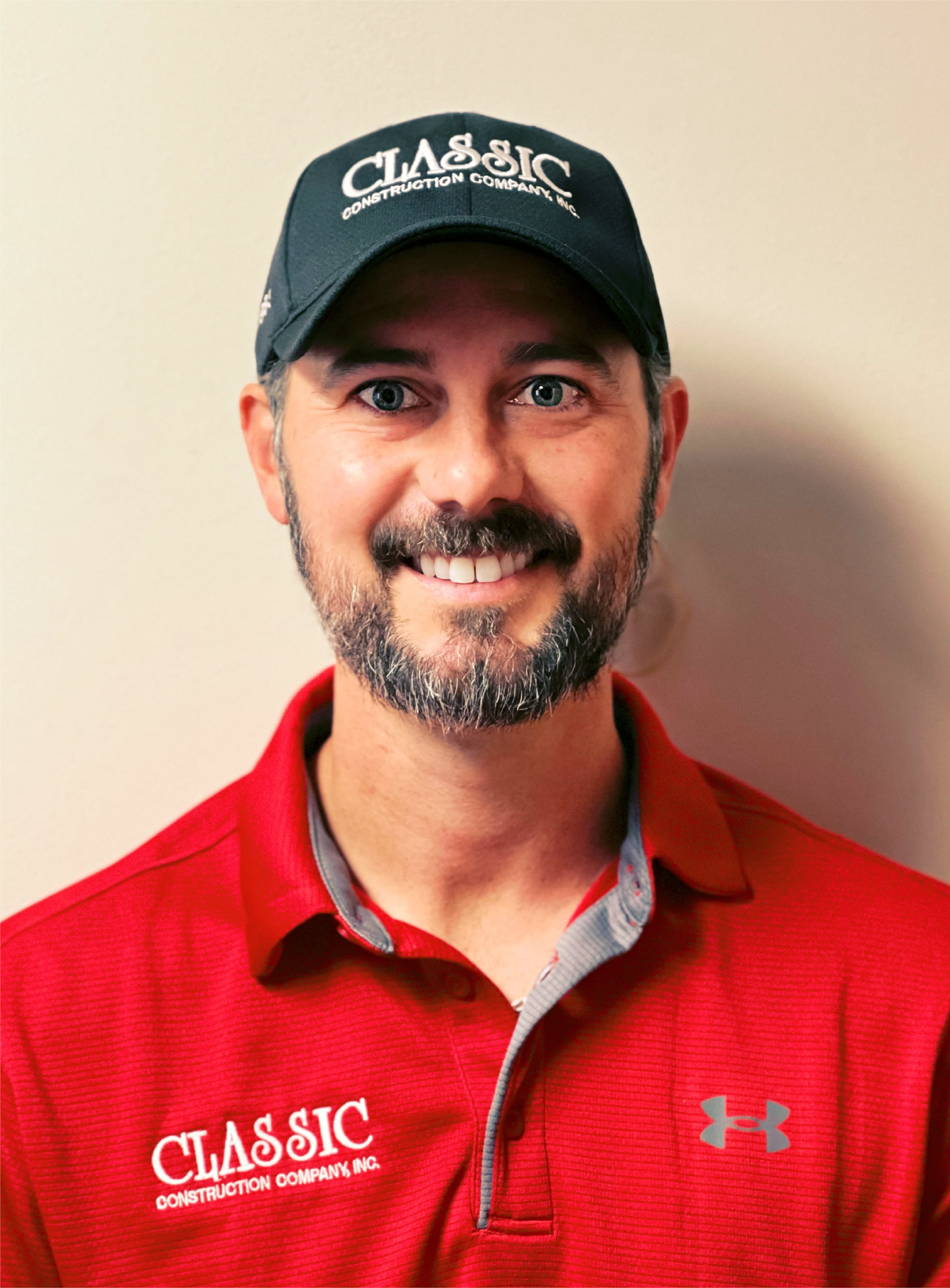 Chris Brown is from South Point Ohio where he still resides. He has been in this industry for 6+ years and he enjoys getting to meet new people and helping them get issues resolved to make their projects look great. In his off time he enjoys spending time with his family and watching sports. He is expecting his first child that will be a little girl with his beautiful girlfriend Natalia. 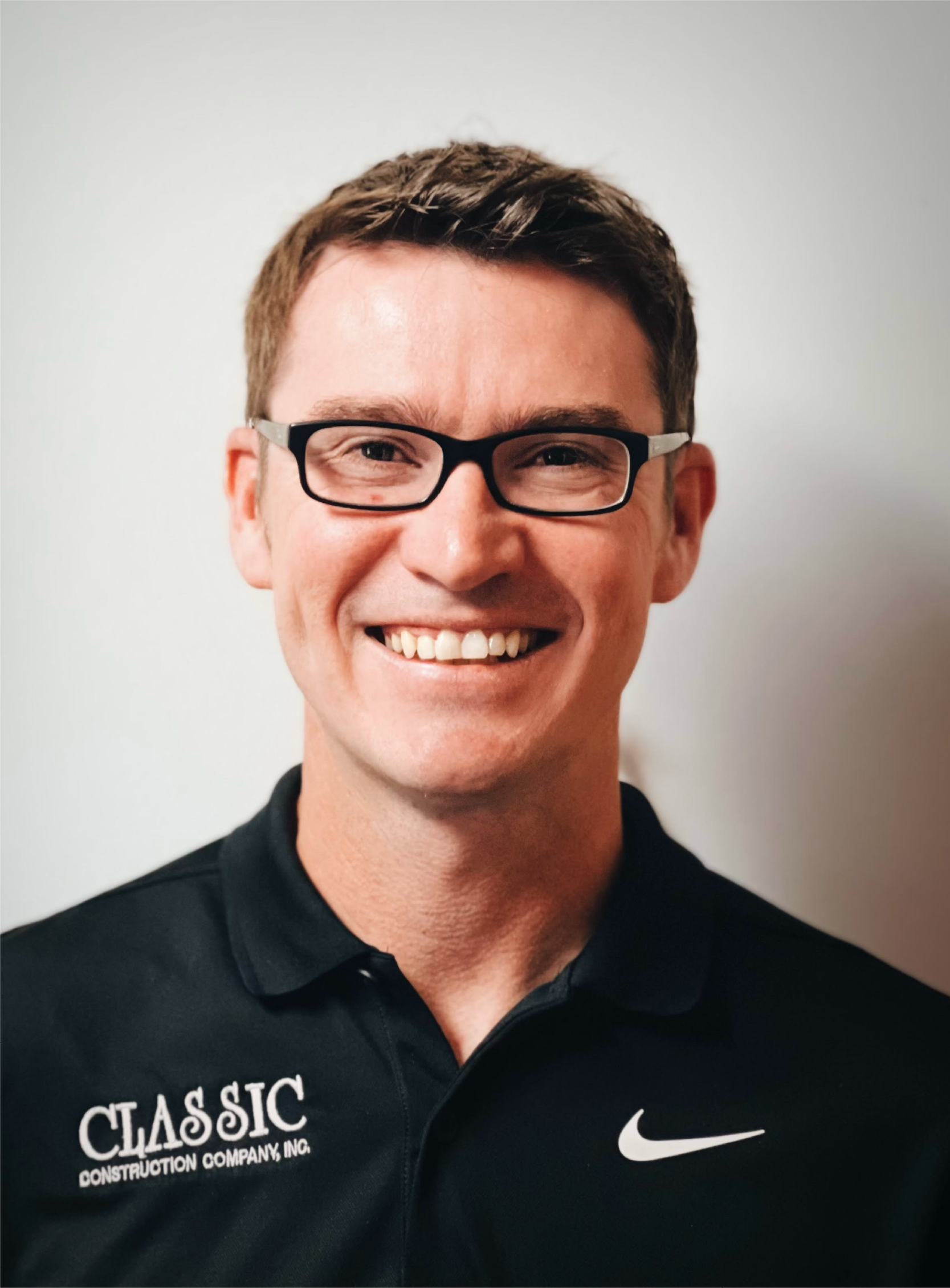 Dean has been in the industry for over 10+ years. He finds it exciting to provide high quality customer service, develop customer relationships, and to educate homeowners on their projects.
He enjoys spending time with his family, hiking and being involved in his church. 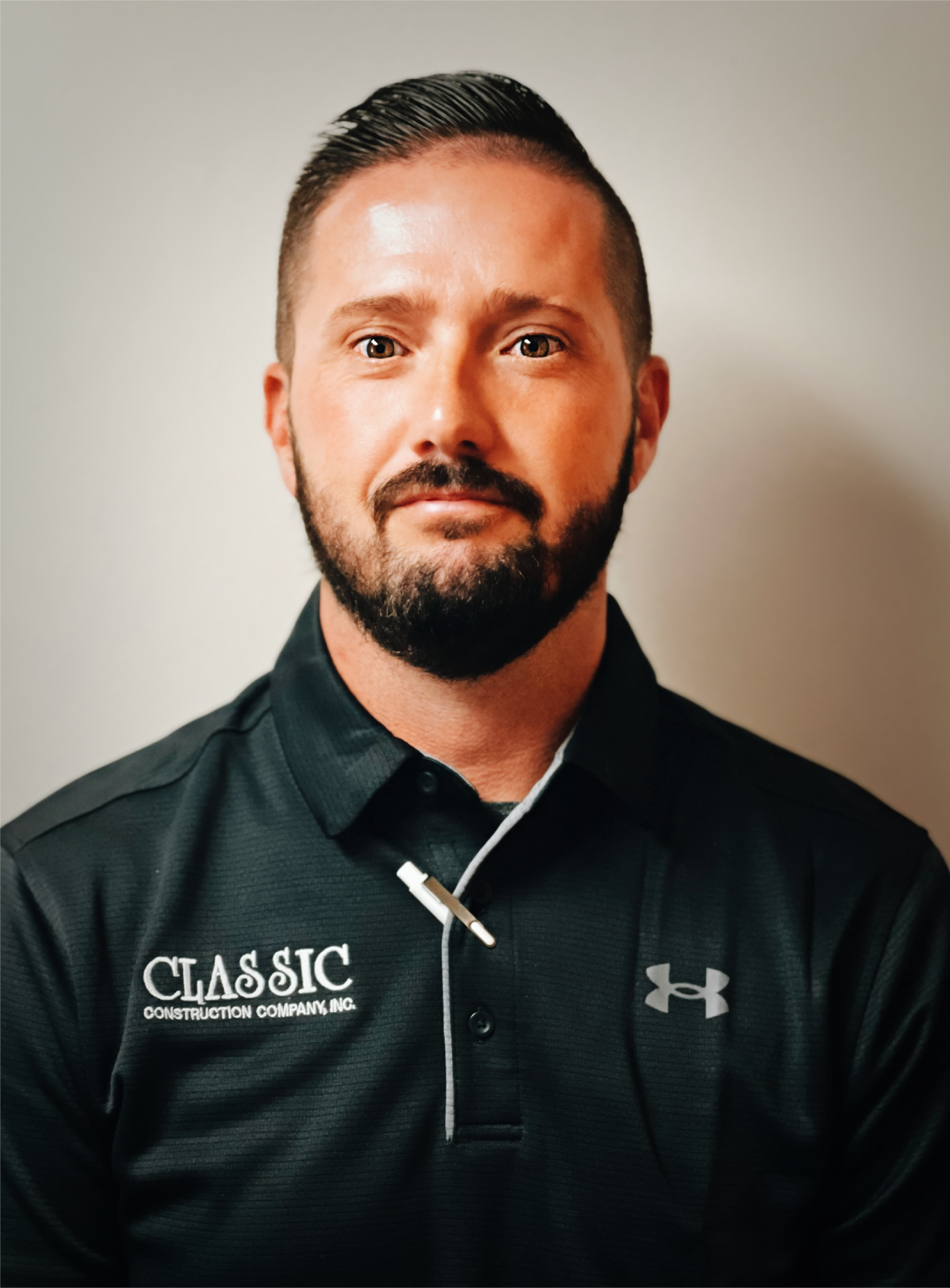 Fred has been in the industry for over 10 years, serving and educating homeowners on products, quality, and value to help ensure they are making the best decision for their projects. He enjoys coaching sports, being with his family, and helping others in the community. 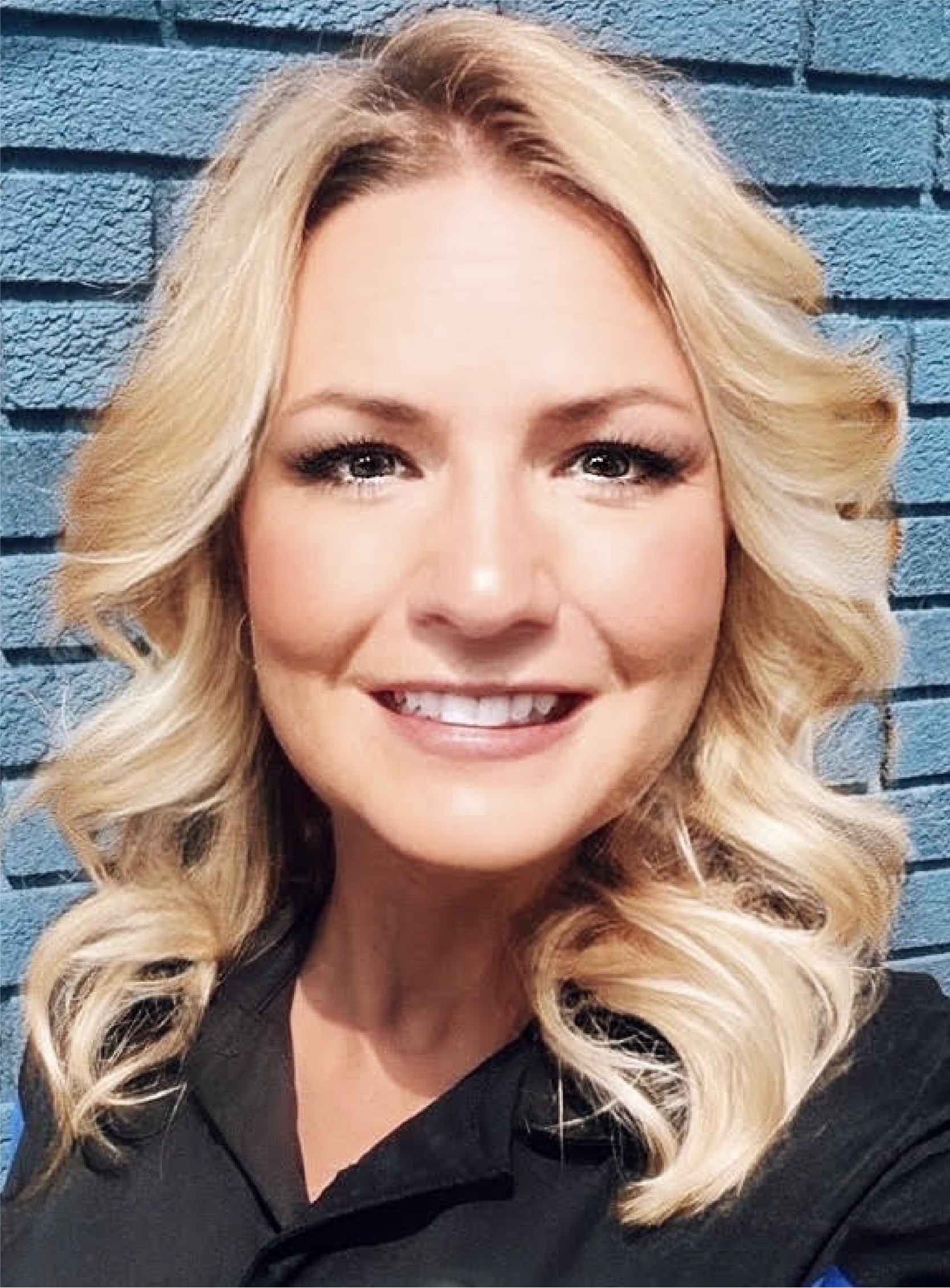 Jessica Craft is a Roofing Division Production Manager at Classic Construction Company. She has been working in the residential and commercial roofing industry for 5+ years. She is very driven, goal-oriented, professional, and dedicated to driving operational success and providing customers with memorable experiences. She enjoys traveling, attending sporting events, and spending time with her husband, two children, and very energetic chocolate lab. 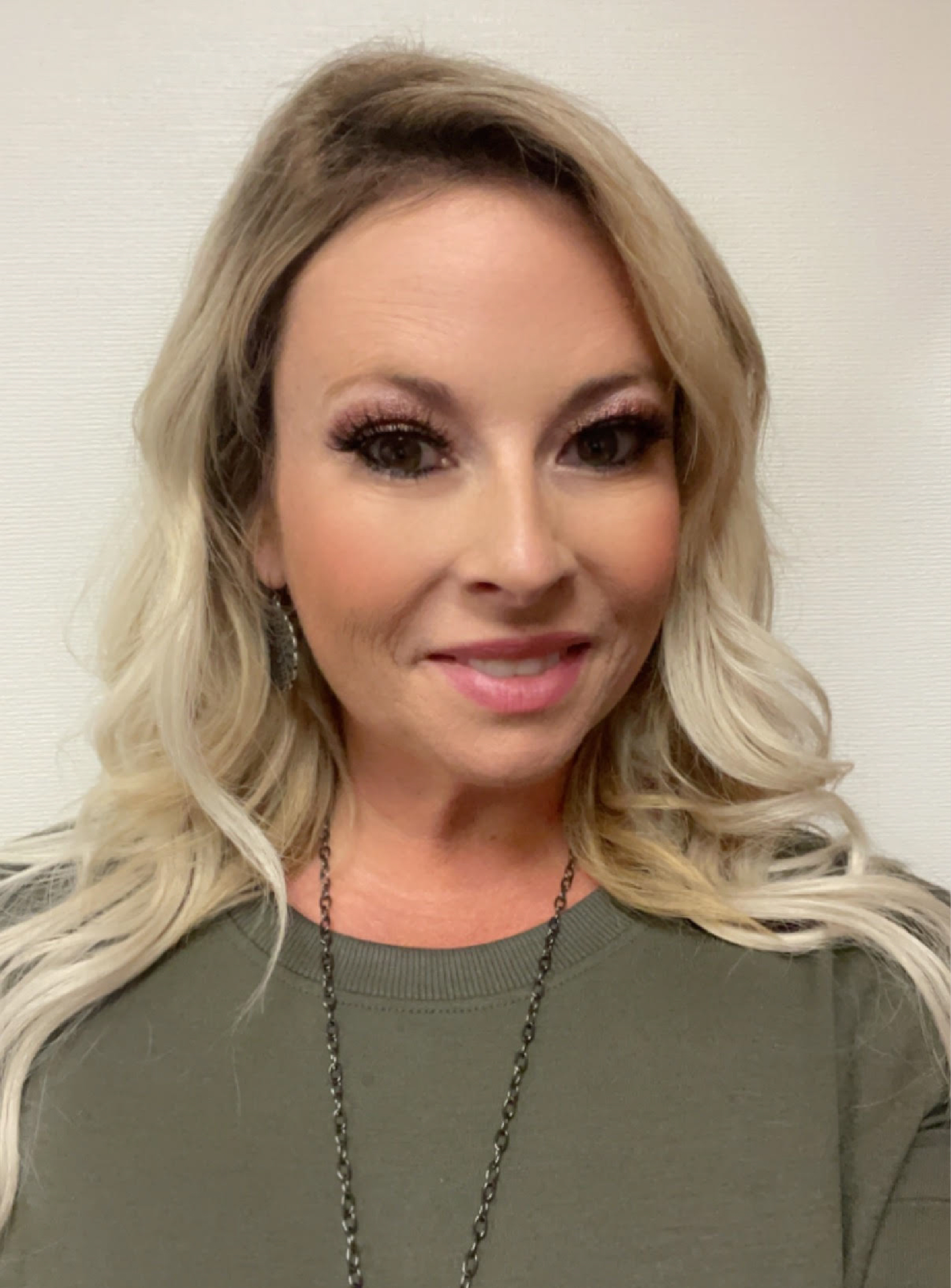 Director of Marketing and Advertising

Julie Davis started in the industry in 2014 as a marketing director and quickly acquired skills in the management field in 2015. Her connections, teamed with her successes from management make her understanding and very resourceful. In 2021 she joined our team as our director of marketing and advertising. 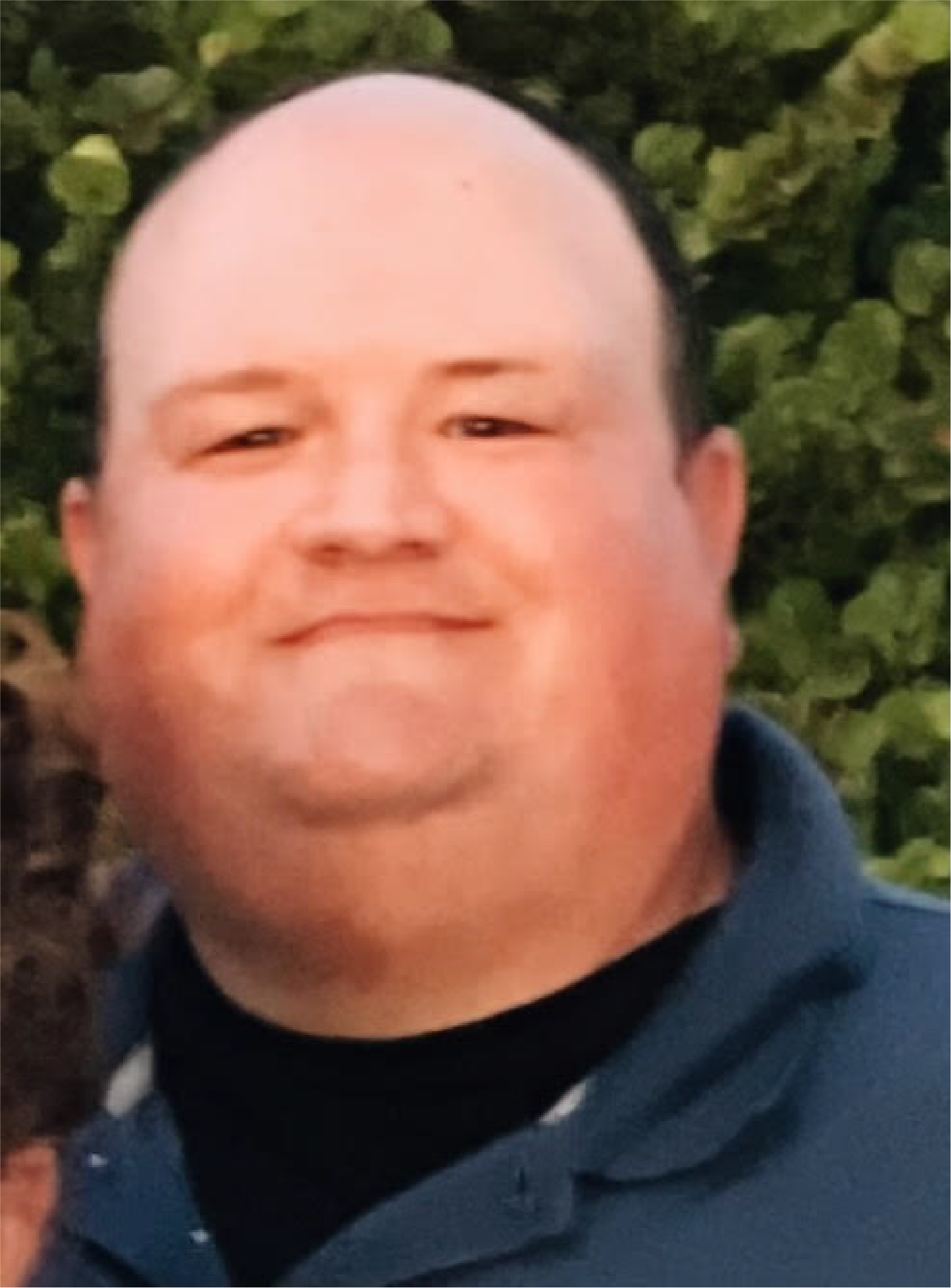 Andy has been in the kitchen and bath remodeling industry for over 20 years . He enjoys sculptures and art painting. He loves spending time with his wife and kids. 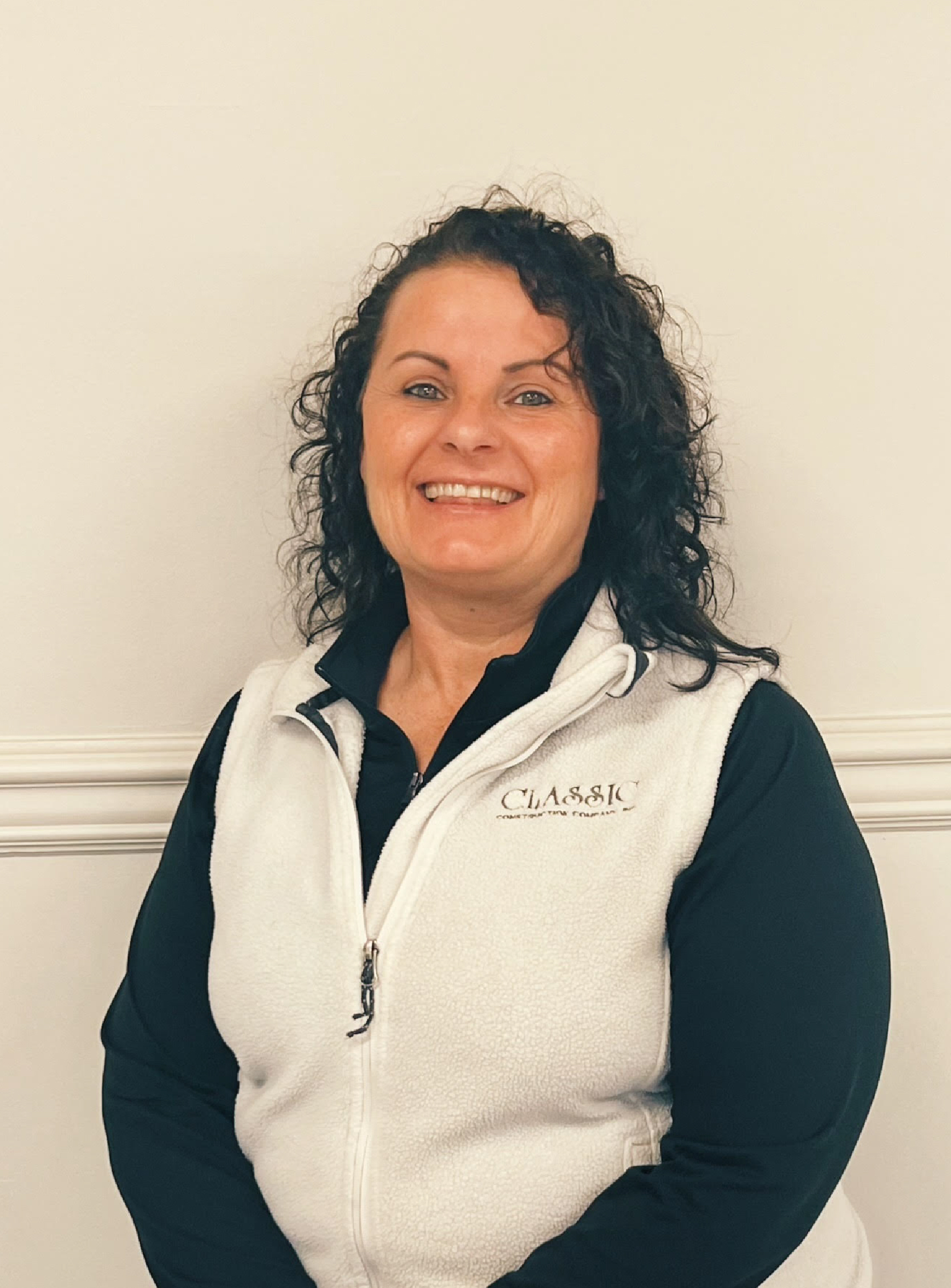 Dreama has worked for Classic Construction for nearly 20 years. During those years, she was the bookkeeper and took care of all the financials for the company. This entails taking payments from customers and paying vendors. She has been moved up to Senior Accountant. She has seen Classic expand the company into many different departments within the Tri-State area, from Roofing to Kitchens and baths. As she tells everyone she talks to, “Classic Construction is your one-stop for all your
construction needs.” 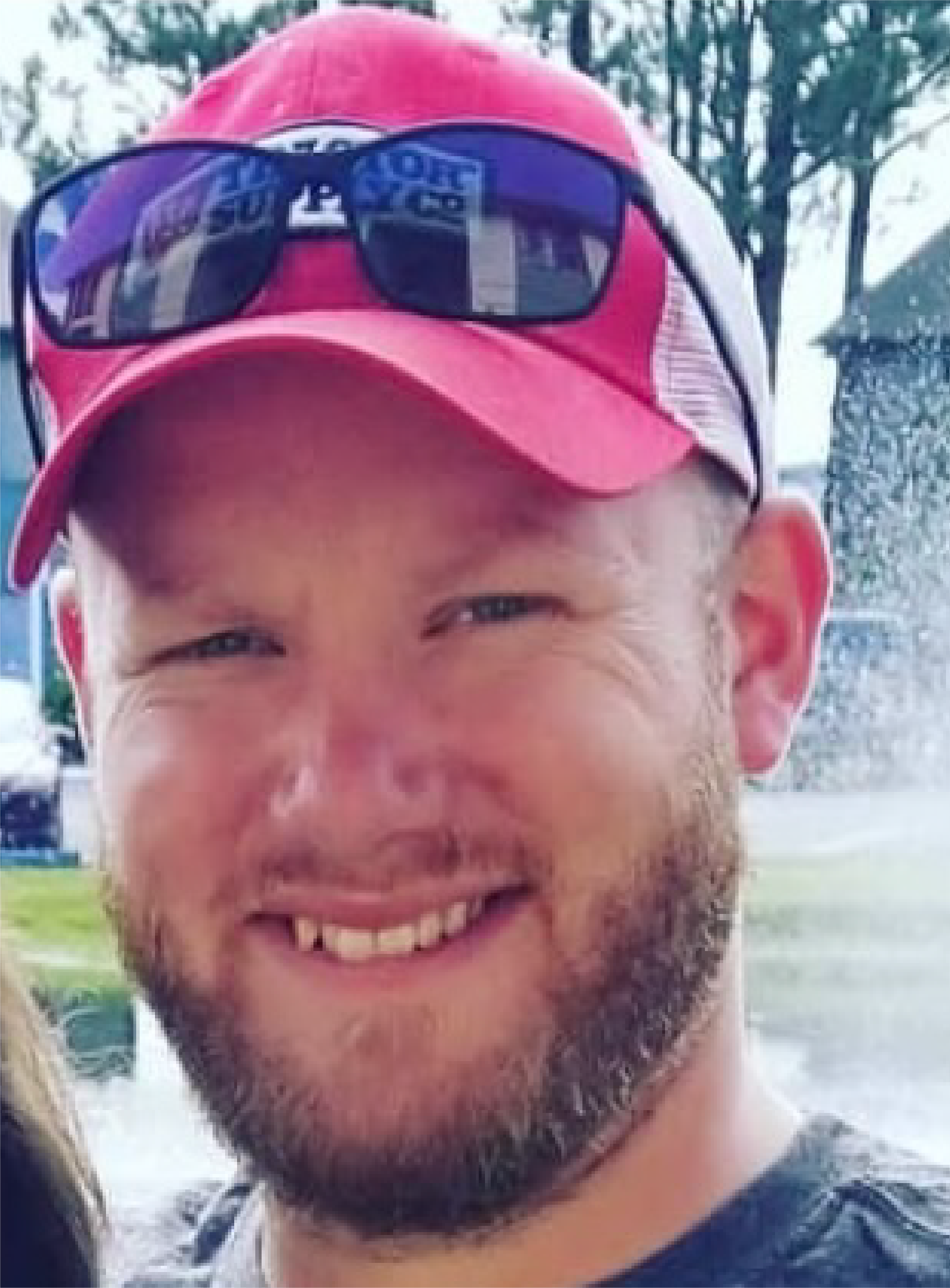 Mike has been in the industry for over 7 years. He helps provide excellent customer service by overseeing their projects to ensure quality, efficiency, and satisfaction. He enjoys spending time with his wife and his two dogs. 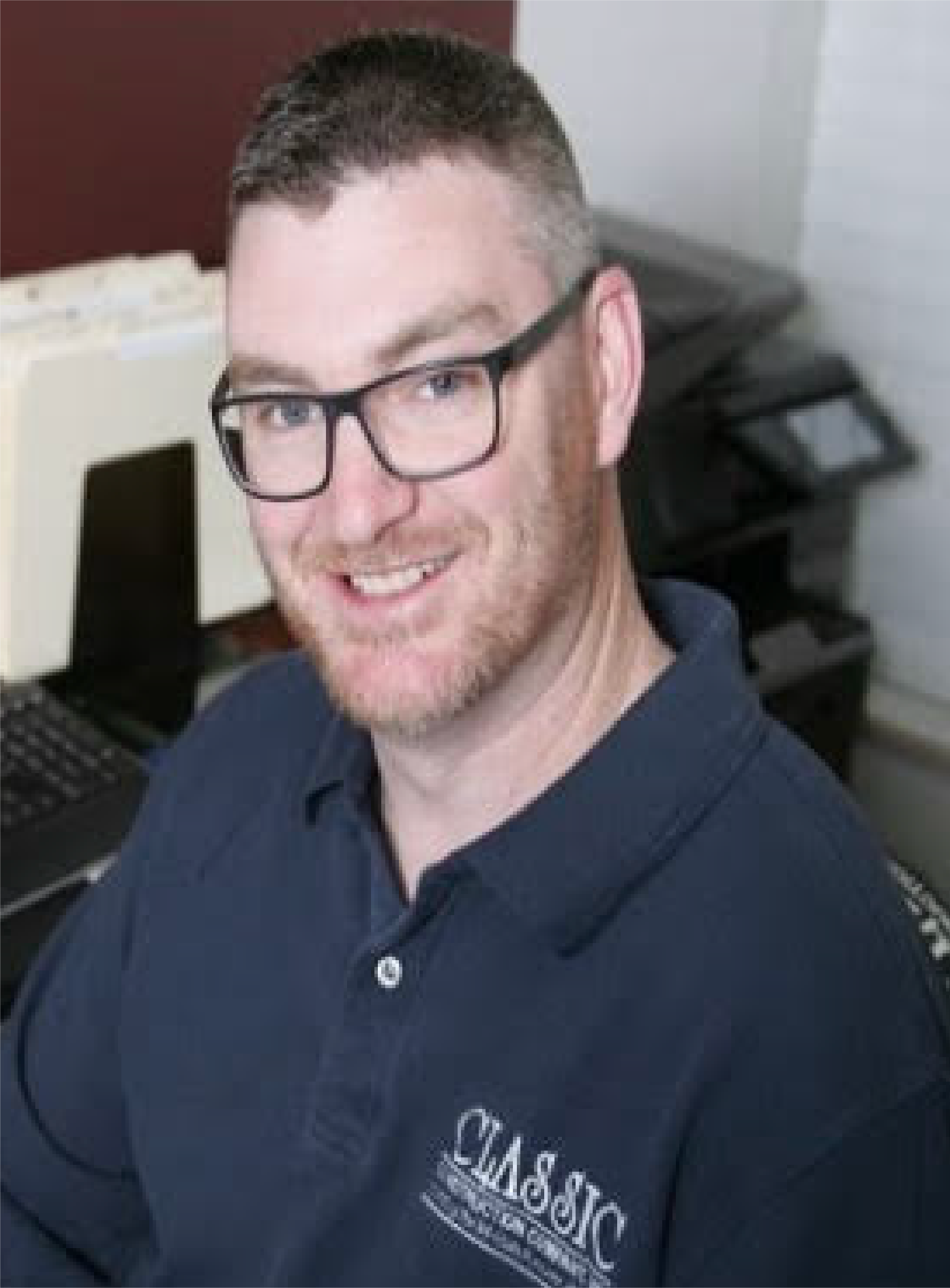 Tommy is an experienced and driven construction manager with over 25 years of experience managing both residential and commercial construction projects. He also communicates with insurance adjusters and customers to accurately estimate repair costs. 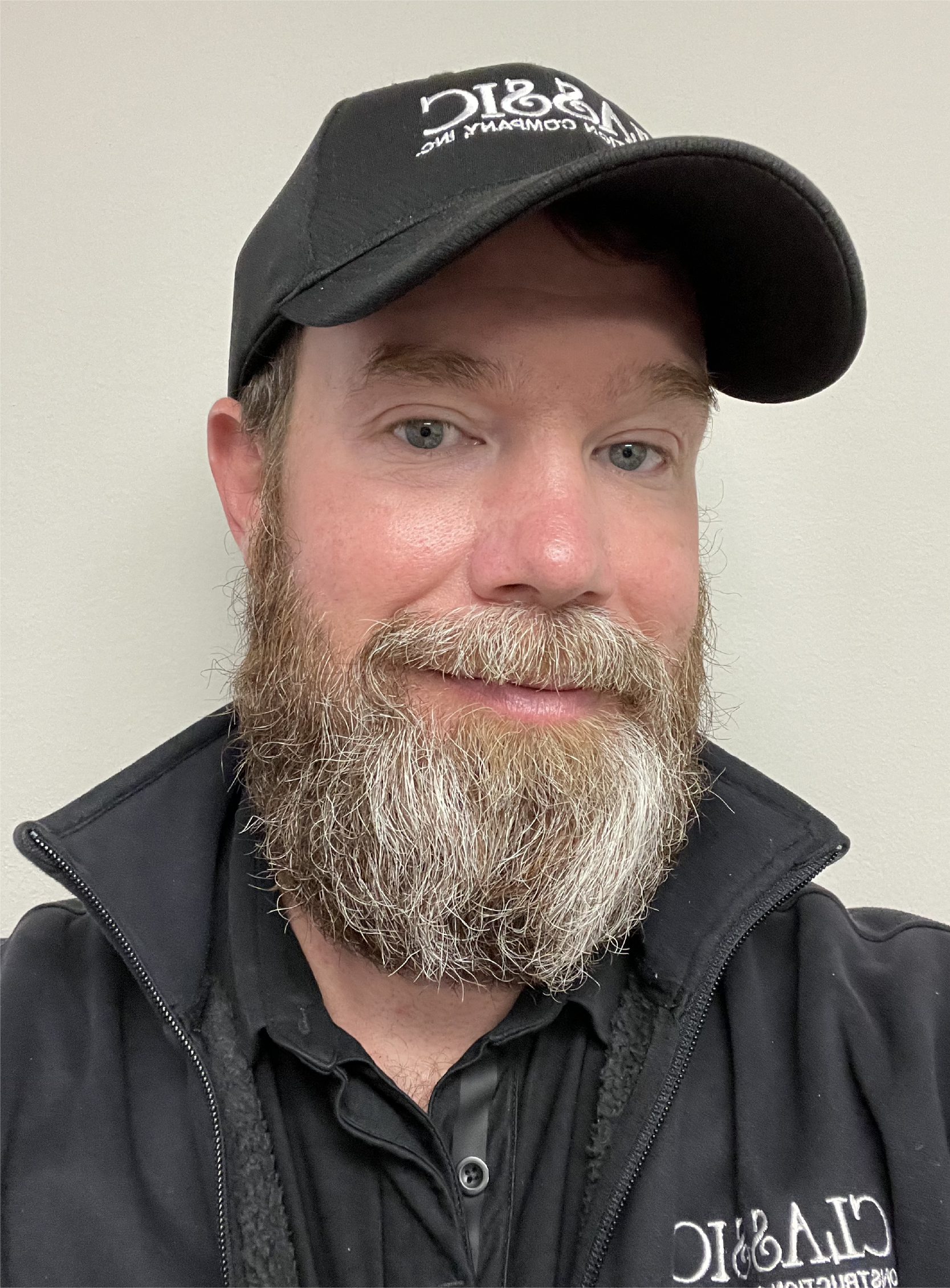 Jon Parlier has been the Operations Manager for Classic Construction for the last five years. Has been in the Restoration Business specializing in large loss repair and mitigation for over fourteen years.

He is a graduate of Marshall University with a degree in Business Administration. He’s been married for fourteen years with two children and a resident of Huntington WV. 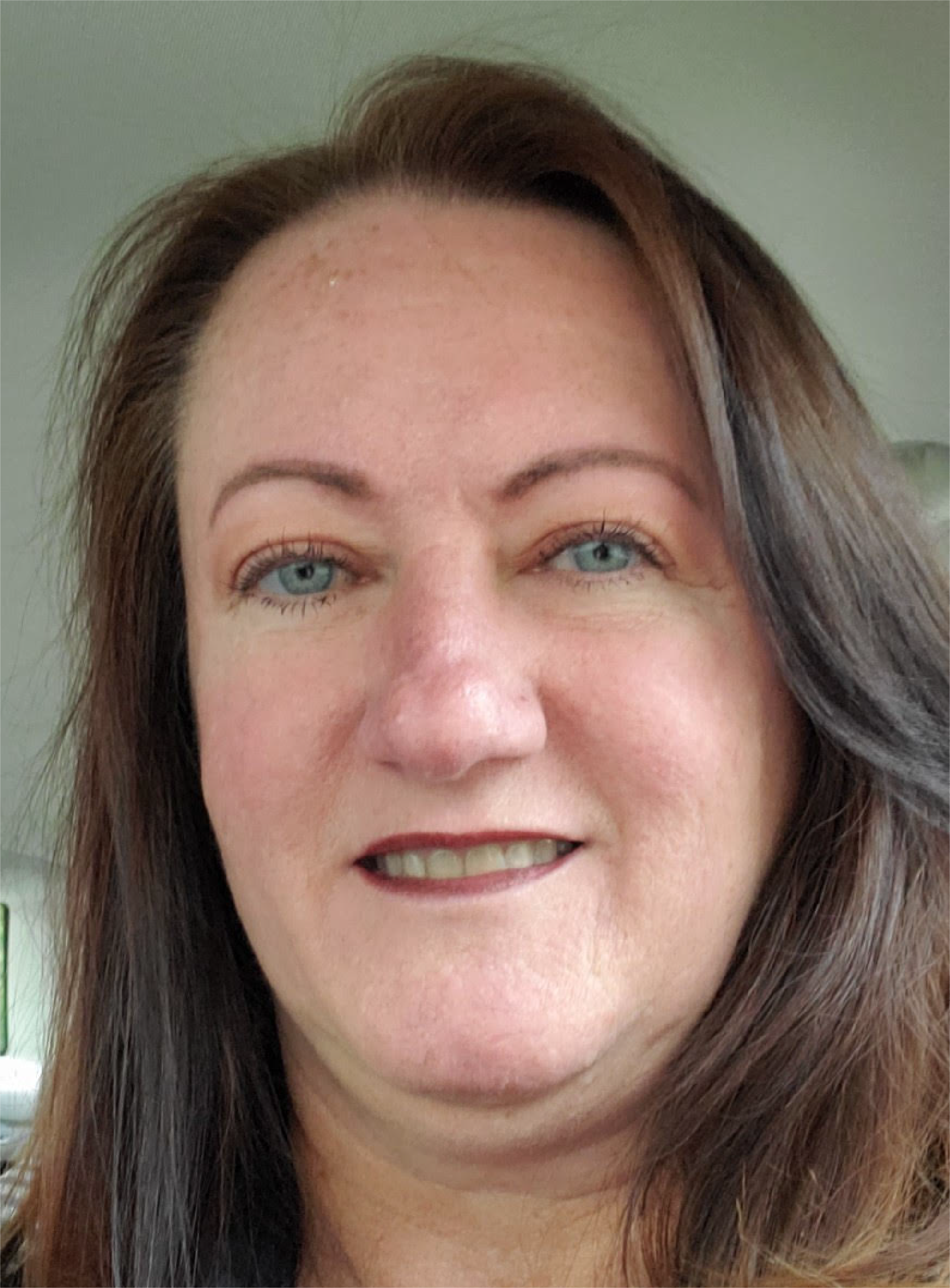 Lora Tomlin has worked for Classic Construction Company since December of 2016. She has 30+ years of work experience in secretarial, clerical, banking and management. She is the first person customers speak with when calling or coming into the Ashland location.

She enjoys spending time with family and friends outside of work.